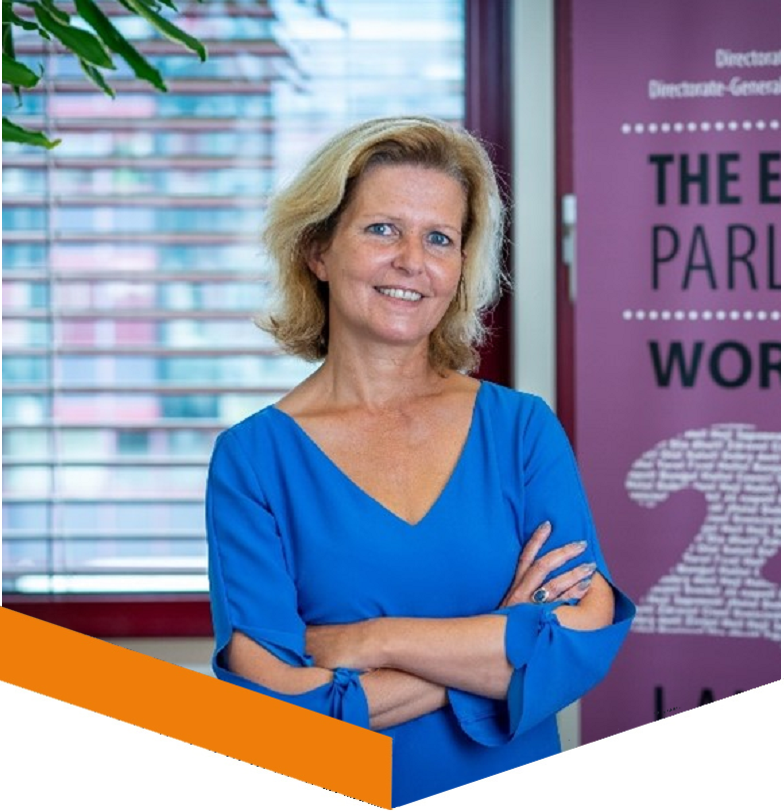 After 5 years as an advisor to the Director General of the Directorate General for Translation (DG TRAD) in the European Parliament, Cathy Waibel took the reins of DG TRAD’s recently created Directorate for Citizens’ Language in July 2020. Of French and Swiss origin, she holds two master’s degrees: one in translation and one in European legal studies. For 17 years, Cathy worked as a translator at various EU institutions, including the Council of Europe and the Commission.

Multilingualism is at the heart of the European Parliament, where all 24 official languages have equal status. As the only directly elected institution, the European Parliament has a special relationship with its citizens. This is precisely where the Directorate-General for Translation (DG TRAD) plays a crucial role in bringing the EU closer to the people.

The second half of the lecture will look at how the European Parliament’s Subtitling and Voice over Unit promotes clear communication. By producing videos subtitled in 24 languages for social media platforms, television, or events, festivals and exhibitions, Parliament aims to get closer to its citizens. Additionally, the LUX Audience Award, established in 2007 to showcase the best European films, enables citizens to enjoy the jewels of European cinema, subtitled in 24 languages, vote for their favourite, and promote the spread of European culture and ideals. Against this backdrop of large and ambitious projects, it is easy to forget that the Unit is merely a year old. We have come so far, yet there is still so much we want to achieve. The question is: how can we build on this year’s achievements to get where we want to be?